Life as an Indie Dyer- My Week Part 1 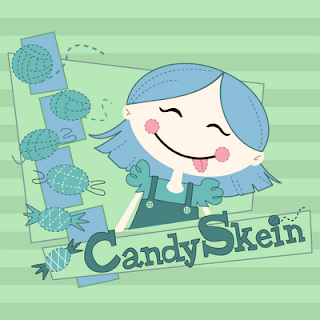 First off, thank you all for encouraging me to go ahead with this series of posts, Life as an Indie Dyer. I get a lot of people who ask questions about my process, or just about my day to day life as I build Candy Skein from the ground up. I thought this was a great way to document all of that, and have fun while doing it!

Since this is the first part, I thought it would be interesting to show you what my week looked like day by day. Since today is Monday, I'll be posting what my Monday last week looked like! The next posts after the week posts in this series will be more focused on subjects, instead of across the board, but today we look at it all!

I'm getting ready for the Columbia Gorge Fiber Festival, so my life is a little more hectic right now than normal! I have a booth there (or a Candy Skein booth!) so there is a lot of work and stress in my near future. I was accepted to the festival in December, so I started preparing in January. That may seem a little far ahead, but trust me, it isn't! In fact, I wish I had worked harder in January than I did, as now I'm paying for it. You see, the fiber festival is April 20-22nd, but since it's in Hood River, Oregon and I live in San Diego, CA I have to have everything ready and packed for the drive up the morning of April 18th. Yikes, right!? I'm less than a month out and have a LOT more to do!

Here's how my Monday last week shaped up!

Monday: Monday always seem to be insanity for me. I try to take Saturday and/or Sunday off, which doesn't happen often, but if I do, Monday is even more crazy. This Monday wasn't any exception! I had to post the new Candy Skein Sock Club colorway of the month, which takes several steps! I had to have a skein dyed (of course), but luckily I did that the week before, so not only was it dyed, it was also dry! Lucky me for thinking ahead. :) I have to wait a few days for it to dry, which can be anywhere from 2-3 1/2 days depending on the humidity/weather here. I then re-skein it, take pictures, clean the picture up a little bit by adjusting the levels to make sure it represents the yarn as close as possible and update my Candy Skein website, Artfire, Etsy, Candy Skein Addict Ravelry group, blog and other groups around Ravelry that I post on like Sock Knitters Anonymous. I also post the links to the new yarn on Twitter. This takes a few hours, because each site is different.

While I was doing all of this, I had to get up to check on the yarn that I was dyeing. I currently dye yarn in my kitchen, so sometimes have anywhere from 1-4 pots going at the same time, depending on the quantity of yarn that I need to dye at the moment. In each pot, it can range from 1-5 skeins. The highest amount I can have at one time is usually 9, but I don't usually do that due of space. Unfortunately, my kitchen is very small and it just gets nuts. I'm hoping to fix that solution soon, but that's for another Life as an Indie Dyer post. Due to space, I also don't have yarn ready to just dump in the pots, nor do I have dye already mixed. Each time I dye skeins, I have to get them ready for the pot (for another post), let them soak for about an hour and then mix the dyes before applying them. I dyed 11 skeins that day.

Once I finished posting the new colorway onto the site, it was time to pack orders! Some of the yarn that was ordered hadn't been re-skeined yet (for another post), so I had to re-skein it, tag it, pack it and print out the receipt. Monday I had 4 orders that needed to be mailed. Luckily I have a post office not too far away from me, so I was able to swing by quickly.

Monday nights, I meet with my knitting group, and I wanted to bring skeins of Butter Mints for them. I usually try to let them have first pick of new colorways and yarn, as they're awesome! I had 9 skeins of Butter Mints dyed, so I re-skeined the 9 skeins and chose the one I was going to keep for myself. I then packed everything up and headed to my knitting group's meeting.

But it doesn't end here! I had to run to Target for vinegar, as I use it to set my dyes and Target has the best price out there per gallon. I usually buy 2-3 gallons at a time, and I always get very strange looks! People always seem to wonder why one girl would need THAT much white vinegar. I've tried to come up with very clever and funny reasons when they ask, but funny enough, I get the weirdest looks when I actually tell the truth!

My knitting group meets every Monday from 6-9, and I usually get home between 9:30-10. I got home and checked all of my sites, and also updated my books based on my knitting group buying their skeins of Butter Mints and a few sales I had made earlier that day. I also had to wash out the eleven skeins I dyed earlier, as I hadn't had time to do it earlier before leaving.

I was finished around 10:30pm and I started working around 9am, with breaks for breakfast, lunch and at my knitting group. That's a long and tiring day!

Check back tomorrow for my Tuesday post! I hope this post wasn't too boring! Thanks for reading.
Posted by Tami Klockau at 12:26 PM