Lucky Me! My Visit to a LYS While on Vacation

Sorry it's been quiet around here the past few days, but I was on vacation! Each year, we try to go to Las Vegas for a preseason hockey game that my favorite team, the Los Angeles Kings, participates in. It's a great excuse to plan a trip to Vegas, and the game is always great fun (it helps they seem to win each year, as well!). Originally we planned to arrive back home on Sunday, but my husband decided to take Monday off from work so that we could stay an extra night since the room was so cheap.

This was my first trip out of town (other than visiting my parents in Los Angeles) since I became a yarn-aholic. Before we left, I managed to sneak a peak to see if there were any LYS (Local Yarn Stores) close to the Las Vegas strip. Luckily, there was! About 10 minutes away from our hotel (MGM Grand), there was a store called Wooly Wonders. The reviews on Yelp were great, but their site left a lot to be desired, so I wasn't sure what I would find once we got there. Also, I don't know how many of you have been to Vegas, but once you venture off the Strip or away from Downtown, Vegas isn't in the best of areas. Some reviews on Yelp mentioned that it wasn't in that great of an area, but that didn't stop us.

Upon arriving, it wasn't in as bad an area as some made it sound, but then again, I grew up in Los Angeles. Maybe if you're visiting Vegas from a small town that doesn't really have "bad" areas, I could see where you would mention it. The place looked pretty small from the outside (it's in a mini mall), but inside, it was quite roomy for a LYS. They had a knitting/crochet group going with about 10 ladies sitting around a table in the middle of the store working on projects. I was a little nervous at the reception we would get walking in, but right away, the staff (an older lady and a girl about in her 20's) greeted us and asked if we needed help. They were both very friendly and continually asked if I had any questions. They also said to feel free to fondle any of the yarn as much as I wanted. They got major brownie points when they let me use their restroom even though I had yet to buy something. I felt right at home.

The front room had the yarn on the perimeter, mostly on shelves, but they did have baskets of certain brands, as well as yarn by the hank hanging on a hat tree looking stand. It looked kind of awesome. If I had room to do something like that with my yarn, I definitely would! They also had several racks of books (99% knitting). I don't know how to knit, so I didn't look at them too closely, but my husband pointed out that they had one that was JUST Harry Potter knitting items. I'm a HUUUGGEEE Harry Potter fan girl.I almost wanted to buy it in the hopes that some day I'll be able to use it, but I didn't really want to spend the money. Does anyone have this book?

The back room they had spinning and loom items, which I was very impressed with. I don't know how many LYS carry supplies for either, but it seemed very cool. They also had books regarding both.

Their selection of yarn was great and everything was very visible and easy to find the prices. I know that is some people's complaints about LYS. Each yarn was priced on the labels clearly. I don't have much experience with LYS, but their pricing seemed resonable. They had tons of Berroco and Cascade, as well as other brands I can't quite remember. They had tons of colors of each, which was nice. It seemed like most of the yarn had fiber contents of wool, merino, silk, cotton, rayon and/or alpaca.

I didn't want to spend too much money, but knew I had to get something! I have issues with some wool, as I have major sensitive skin, so I knew a lot of the stuff I was drawn to was out of the question. After walking around the store 2-3 times, I found that I was instantly attracted to the alpaca and merino wool yarns. They were soft enough on my skin so I didn't have to worry about rashing when wearing them and for the most part, I could afford them. There was a 100% alpaca that I LOVED, but I couldn't justify the $18.95+ sticker price for one small hank.

I settled on two brands/yarns. 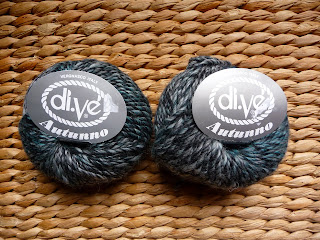 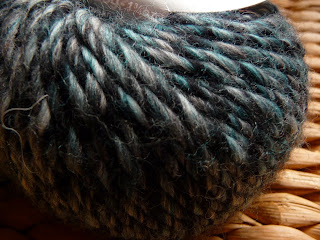 I bought two balls of Cascade di ve Autunno in the 48162 shade. It is 100% Merino Wool and so so soft. I wish they had one more ball of the same dye lot, but they didn't. I think I'm going to start on this hat with it and see if I have enough. That is, if I can figure out the pattern! LOL 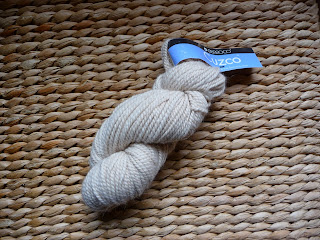 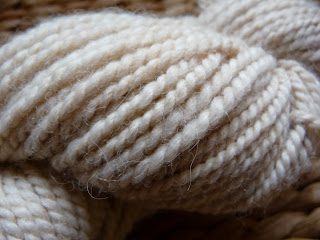 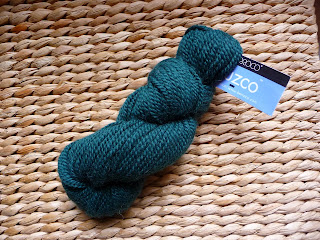 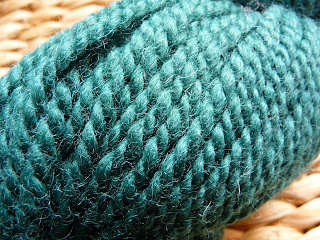 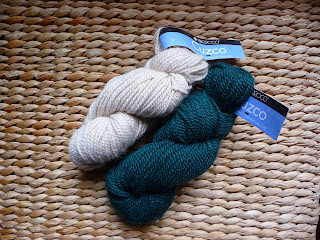 I got two hanks of Berroco Cuzco yarn, which is 50% alpaca and 50% Peruvian Wool. Weirdly, their site doesn't have the two colors I bought, but one is an oatmeal and the other a forest green, as you can see in the picture! I think I'm going to make a scarf, combining the two colors.

I haven't used either brand/type of yarn yet, so I'm super excited. I can't wait to get started soon. Overall, I'd say the trip was a huge success and it only makes me want to visit my LYS in San Diego even more. I know I'll be stopping at Wooly Wonders every time I'm in Las Vegas.
Posted by Tami Klockau at 10:21 AM